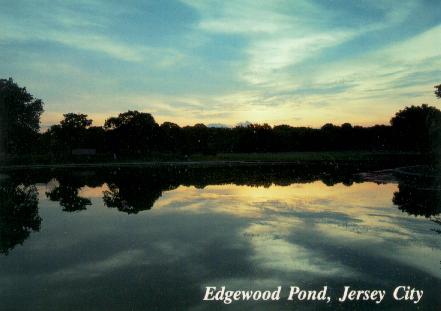 The first "official" tree was planted in Lincoln Park (named West Side Park until 1930) in 1907, and was followed by another 300,000 trees and shrubs, and 50,000 tulips imported from Haarlem, Holland, The park is the largest (273 acres) under the supervision of the county, and EDGEWOOD POND is one of its focal points. 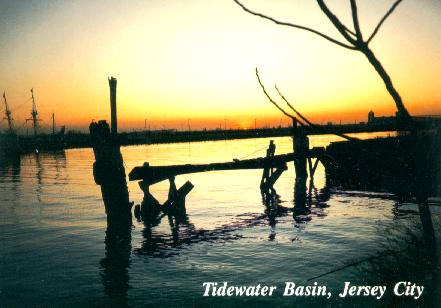 The Central Railroad needed a place for its terminal, so in the mid-1800s it planted landfill off the banks of Communipaw, an ancestral community of Jersey City. Thus was also created the TIDEWATER BASIN, or the Morris Canal Big Basin. The canal which once stretched from the Delaware River, was made extinct by railroads and drained in 1924. Eventually the Central lost its usefulness here as well, and its land sat idle until it was transformed into Liberty State Park. 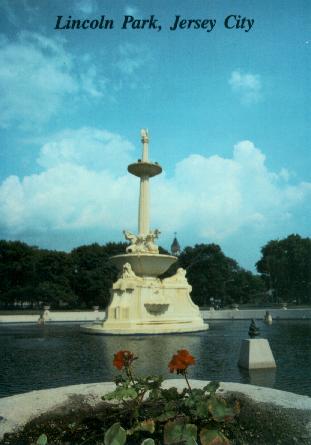 The LINCOLN PARK Fountain (completed in 1911) came with a 10-year guarantee, but its sculptor, Pierre J. Cheron, added "by that time the concrete will be so hard owing to the water constantly flowing over it, that it will be absolutely permanent." Later neglected, with a pool alternatively filled then emptied (and once thought dangerously deep, at 42", for children), the 53 ft. fountain is again in full flower. 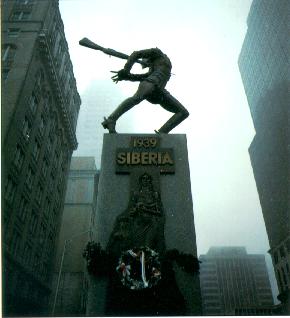 The KATYN FOREST MASSACRE MONUMENT at Exchange Place is a violently beautiful work (sculpted by Andrzej Pitynski) which commemorated the Russian massacre of Polish prisoners. The bronze soldier, bayoneted rifle sprung from his back, stands atop a granite base which holds Katyn soil. The statue's effect is as its creator wished it to be: "Like an explosion." 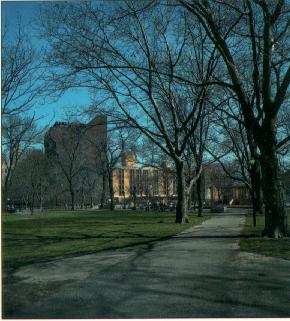 Planned by John Coles in 1804 but undeveloped until the 1840s, HAMILTON PARK is today the nucleus of a neighborhood distinguished by Victorian-style brownstones. Saint Francis Hospital anchors the park's eastern side, and a few blocks to the north can be heard the soft but determined growl of Holland Tunnel traffic.